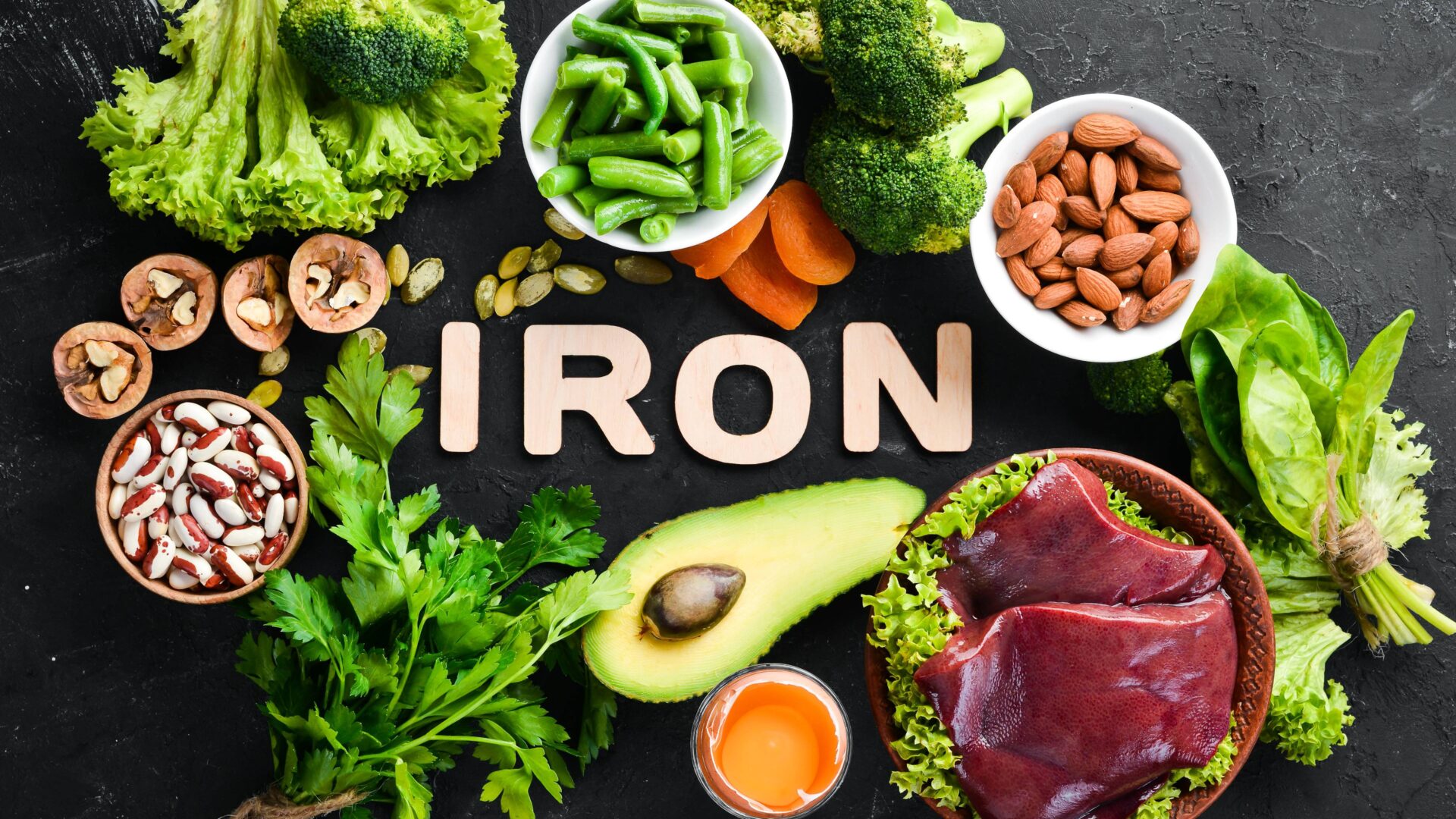 Roles of Iron in the body 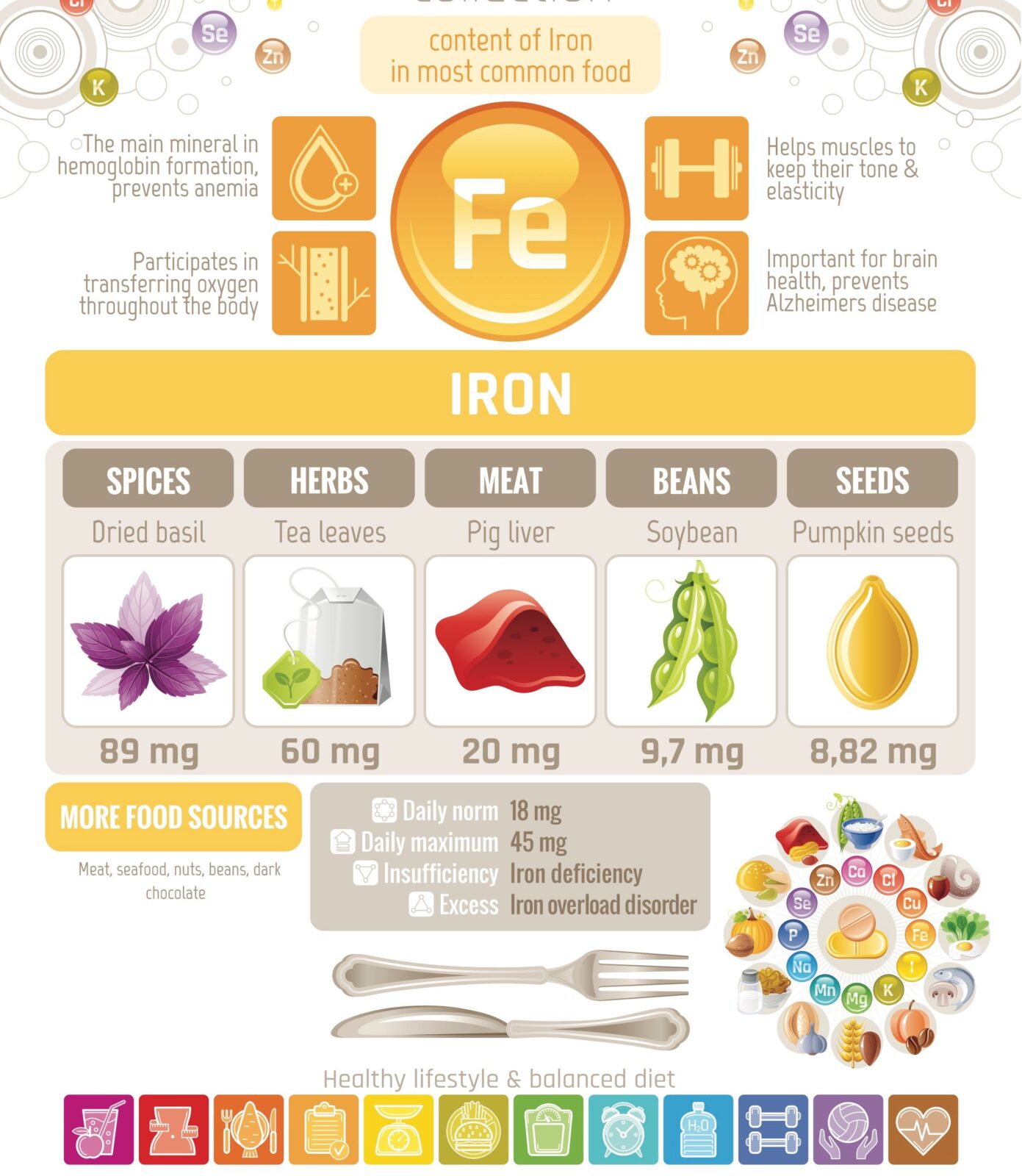 Iron is an essential element for blood production. About 70 percent of your body’s iron is found in the red blood cells of your blood called hemoglobin and in muscle cells called myoglobin. Hemoglobin is essential for transferring oxygen in your blood from the lungs to the tissues. 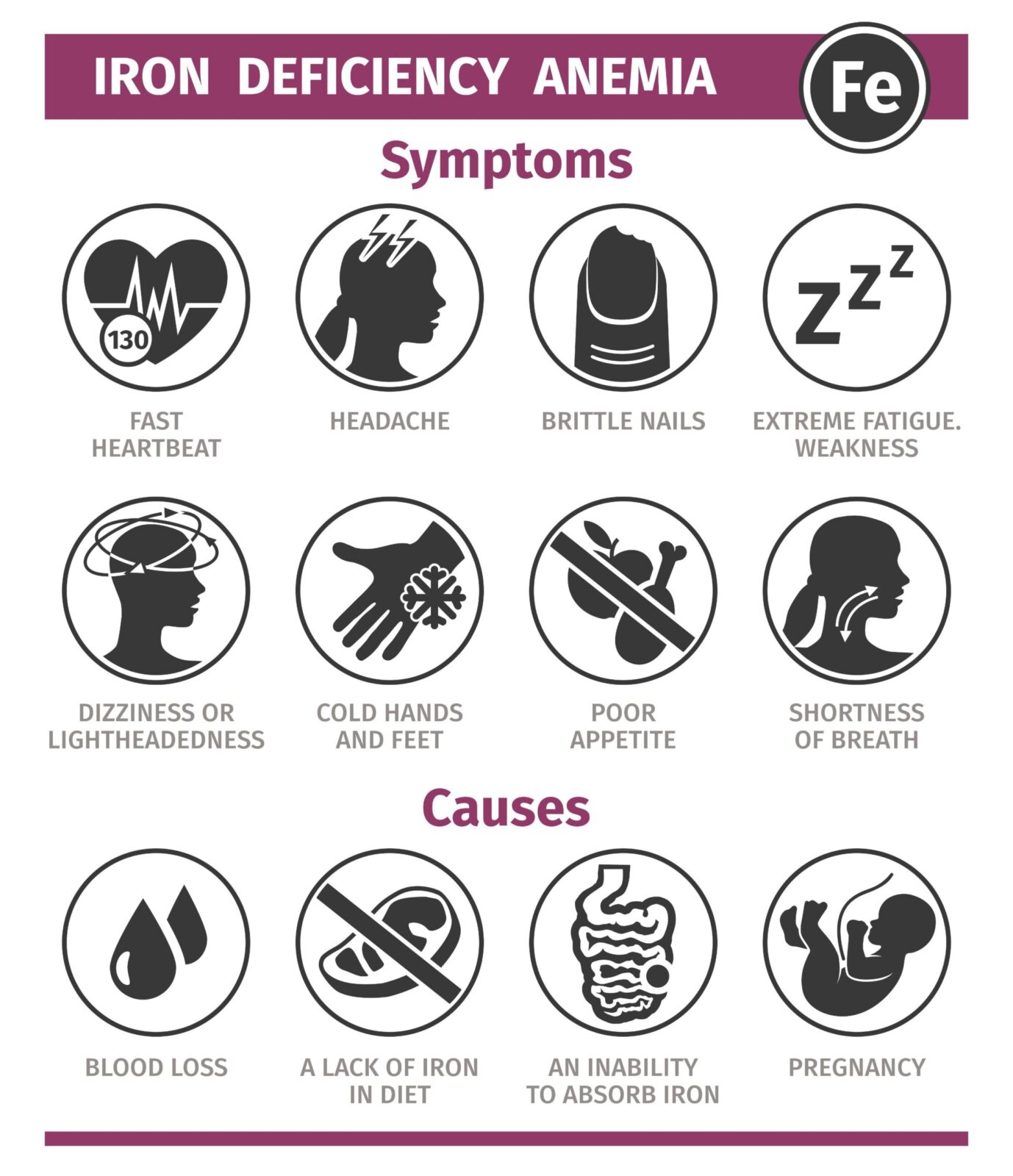 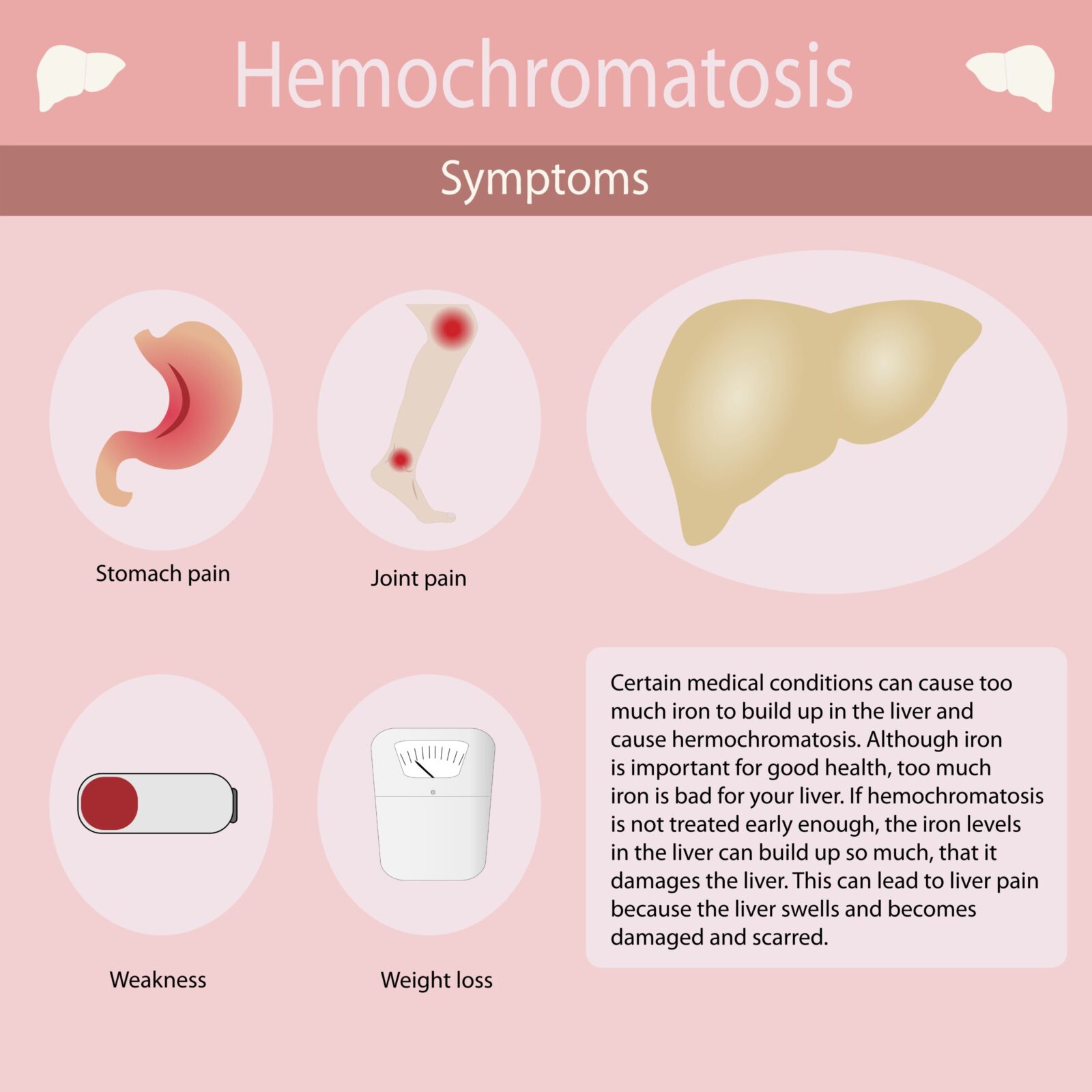 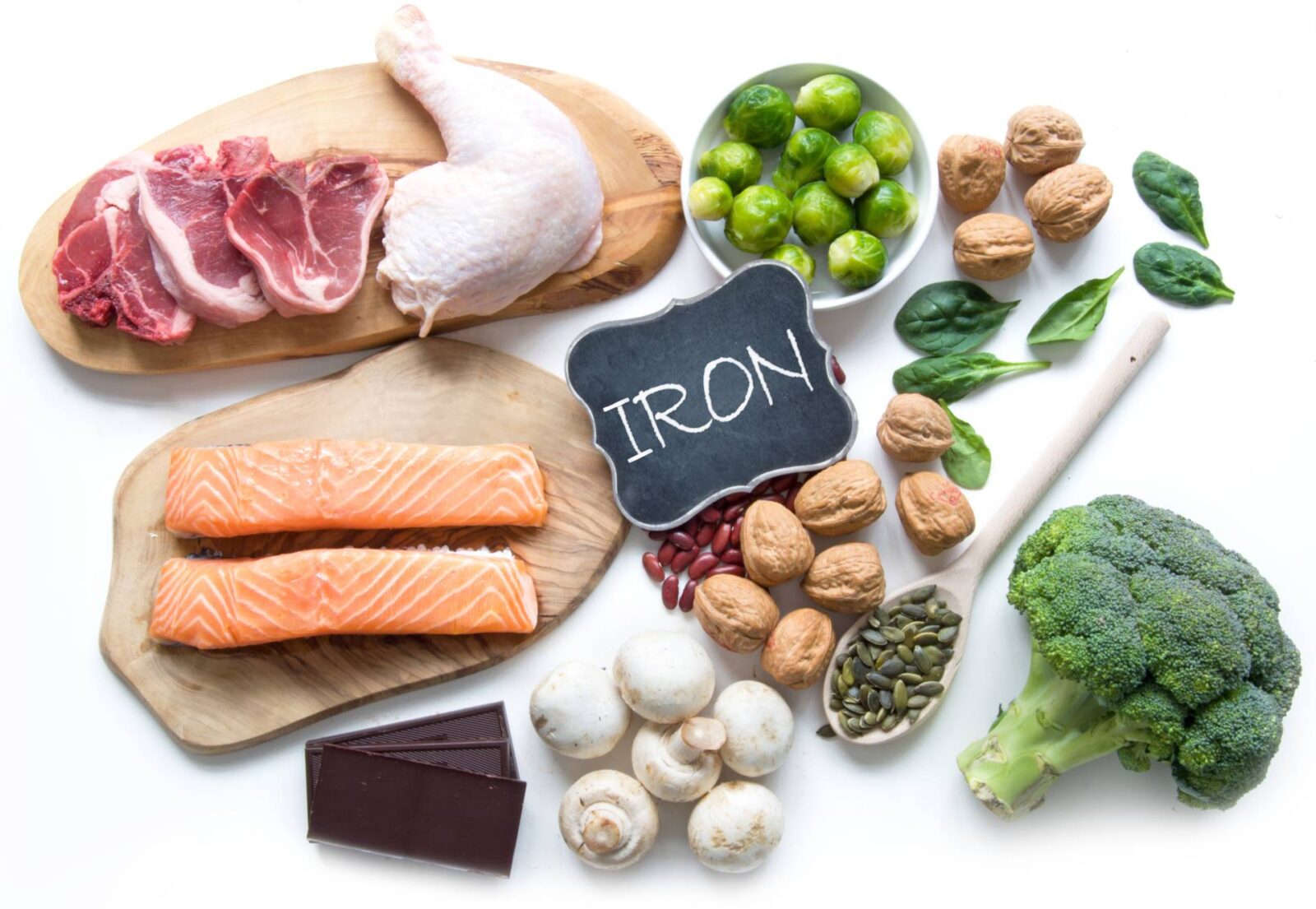 Iron is part of hemoglobin, the oxygen-carrying component of the blood. Iron-deficient people tire easily in part because their bodies are starved for oxygen. Iron is also part of myoglobin, which helps muscle cells store oxygen. Without enough iron, ATP (the fuel the body runs on) cannot be properly synthesized. As a result, some iron-deficient people become fatigued even when their hemoglobin levels are normal (i.e., when they are not anemic).

Although iron is part of the antioxidant enzyme catalase, iron is not generally considered an antioxidant, because too much iron can cause oxidative damage.

Vegetarians eat less iron than non-vegetarians, and the iron they eat is somewhat less absorbable. As a result, vegetarians are more likely to have reduced iron stores.  However, iron deficiency is not usually caused by a lack of iron in the diet alone. An underlying cause, such as iron loss in menstrual blood, often exists.

Pregnant women, marathon runners, people who take aspirin, and those who have parasitic infections, hemorrhoids, ulcers, ulcerative colitis, Crohn’s disease, gastrointestinal cancers, or other conditions that cause blood loss or mal-absorption are likely to become deficient.

Infants living in inner city areas may be at increased risk of iron-deficiency anemia and suffer more often from developmental delays as a result.  Supplementation of infant formula with iron up to 18 months of age in inner city infants has been shown to prevent iron-deficiency anemia and to reduce the decline in mental development seen in such infants in some studies.

If a doctor diagnoses iron deficiency, iron supplementation is essential. To treat iron deficiency, a common recommended amount for an adult is 100 mg per day; that amount is usually reduced after the deficiency is corrected. When iron deficiency is diagnosed, the doctor must also determine the cause. Usually it’s not serious (such as normal menstrual blood loss or blood donation). Occasionally, however, iron deficiency signals ulcers or even colon cancer.

Some premenopausal women become marginally iron deficient unless they supplement with iron. However, the 18 mg of iron present in many multivitamin-mineral supplements is often adequate to prevent deficiency. A doctor should be consulted to determine the amount of iron that is needed.

Supplementation with iron, or iron and zinc, has been found to improve vitamin A status among children at high risk for deficiency of the three nutrients.

People with hepatitis C who have failed to respond to interferon therapy have been found to have higher amounts of iron within the liver. Moreover, reduction of iron levels by drawing blood has been shown to decrease liver injury caused by hepatitis C.